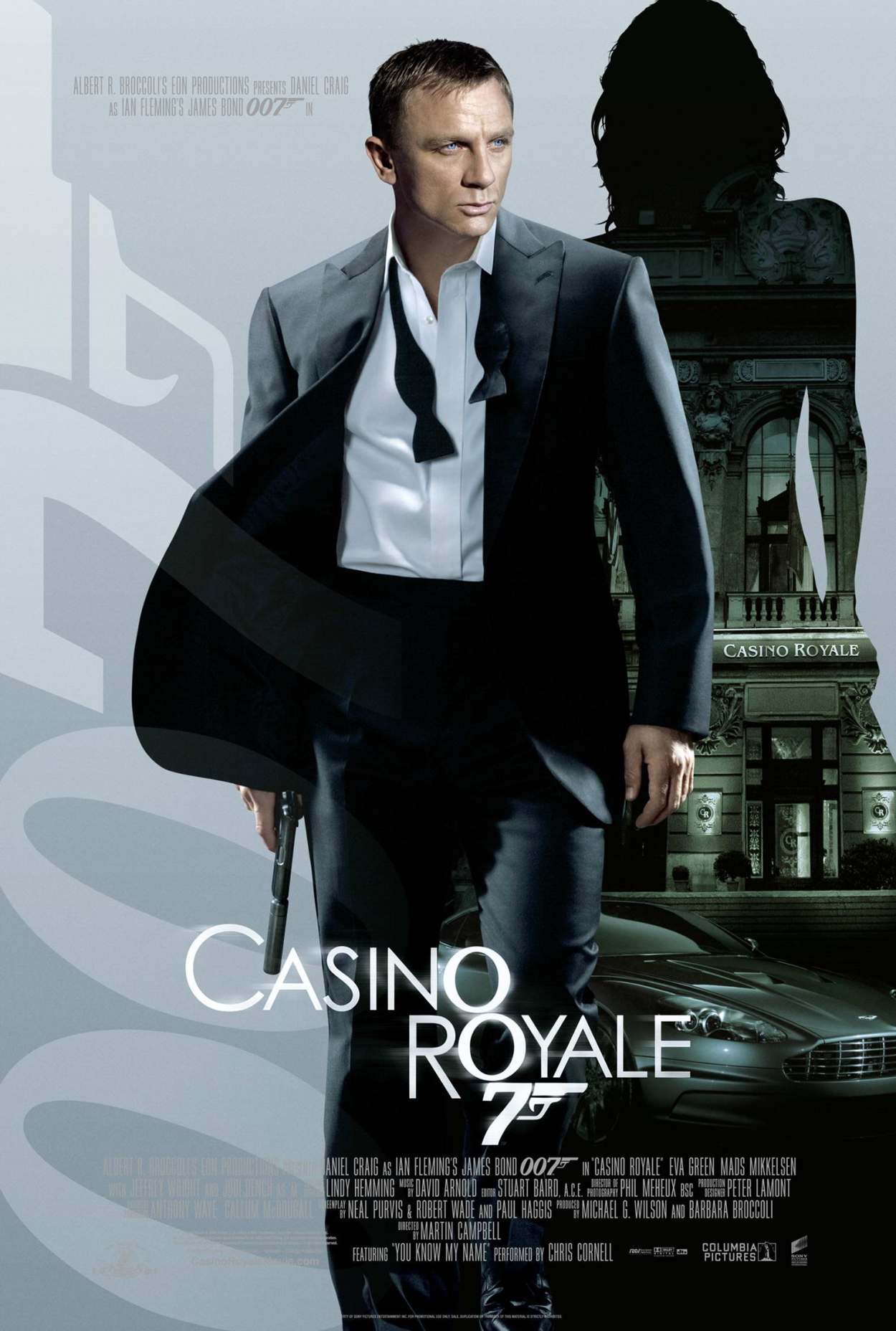 Casino Royale (2006) is the twenty-first film in the James Bond series; it is directed by Martin Campbell and the first to star Daniel Craig as MI6 agent James Bond. Based on the 1953 novel of the same name by Ian Fleming, it was adapted by screenwriters Neal Purvis, Robert Wade, and Paul Haggis.

In Prague, James Bond corners and kills corrupt MI6 section chief Dryden and his underworld contact, earning his double-0 status. Meanwhile in Uganda, a Mr. White arranges a meeting between a banker, Le Chiffre, and Obanno, the leader of a guerrilla group seeking a safe haven for his funds. Le Chiffre assures the leader that there is “no risk in the portfolio”, but his investments actually involve considerable risk: he short sells successful companies and then engineers terrorist attacks to sink their stock values.

In his first mission as Agent 007, Bond pursues an international bomb-maker named Mollaka in Madagascar. After a parkour chase across the city to the Nambutu embassy,[6] Bond kills his target and blows up a part of the embassy to enable his escape. He obtains Mollaka’s mobile phone and discovers that it has received an SMS from Alex Dimitrios, an associate of Le Chiffre in the Bahamas. Bond travels there, wins Dimitrios’s Aston Martin DB5, and seduces Dimitrios’s wife, Solange Dimitrios, who reveals that her husband is flying to Miami on business. Bond follows him to Miami, where he kills Dimitrios, and observes Le Chiffre’s henchman, Carlos, leaving for the Miami International Airport. There, Bond foils Le Chiffre’s plan to destroy the prototype Skyfleet airliner while managing to kill Carlos, leaving the banker with a major financial loss, since he had shorted and bought put options on Skyfleet stock, which then expired worthless.